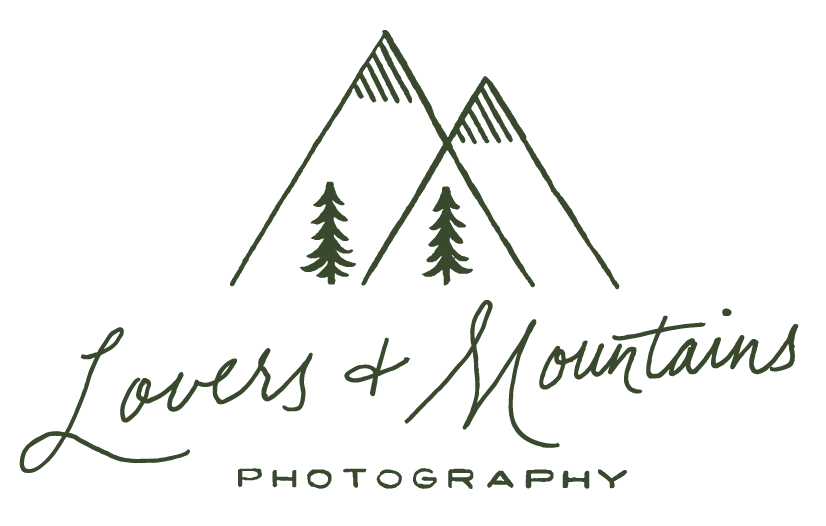 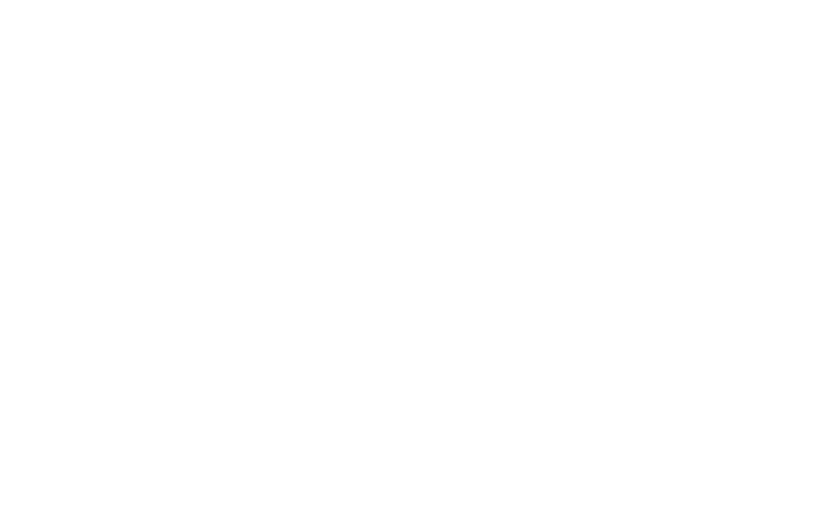 Kelsey is a lover of picnics and being on the lake. She talks about her childhood cruising in her father’s 1970 Century Cheeta boat, (the one he drove them away in after the ceremony) and how much she still loves waterskiing.

Ryan used to be a firefighter, but now is one of the owners of Breakout KC, one of the most popular breakout rooms! Not only does Ryan have an entrepreneurial spirit, but an adventurous one as an avid rock climber, and mountaineer. He has climbed Mount Rainer multiple times, along with other crazy adventures.

It’s obvious after spending two seconds with Kelsey and Ryan they are perfect for each other.

They both had scrapes on their hands as they were holding each other close and giggling during their first look. They both were so busy building their custom wooden tables and Ryan climbing trees on the Airbnb Lake property to hang bistro lights, that they didn’t realize their hands were displaying their hard work. Kelsey and her sister even did all the flower themselves and her mom put together the food platters. Both families came together to transform the simple lakefront property into a romantic setting that people enjoyed well past midnight. 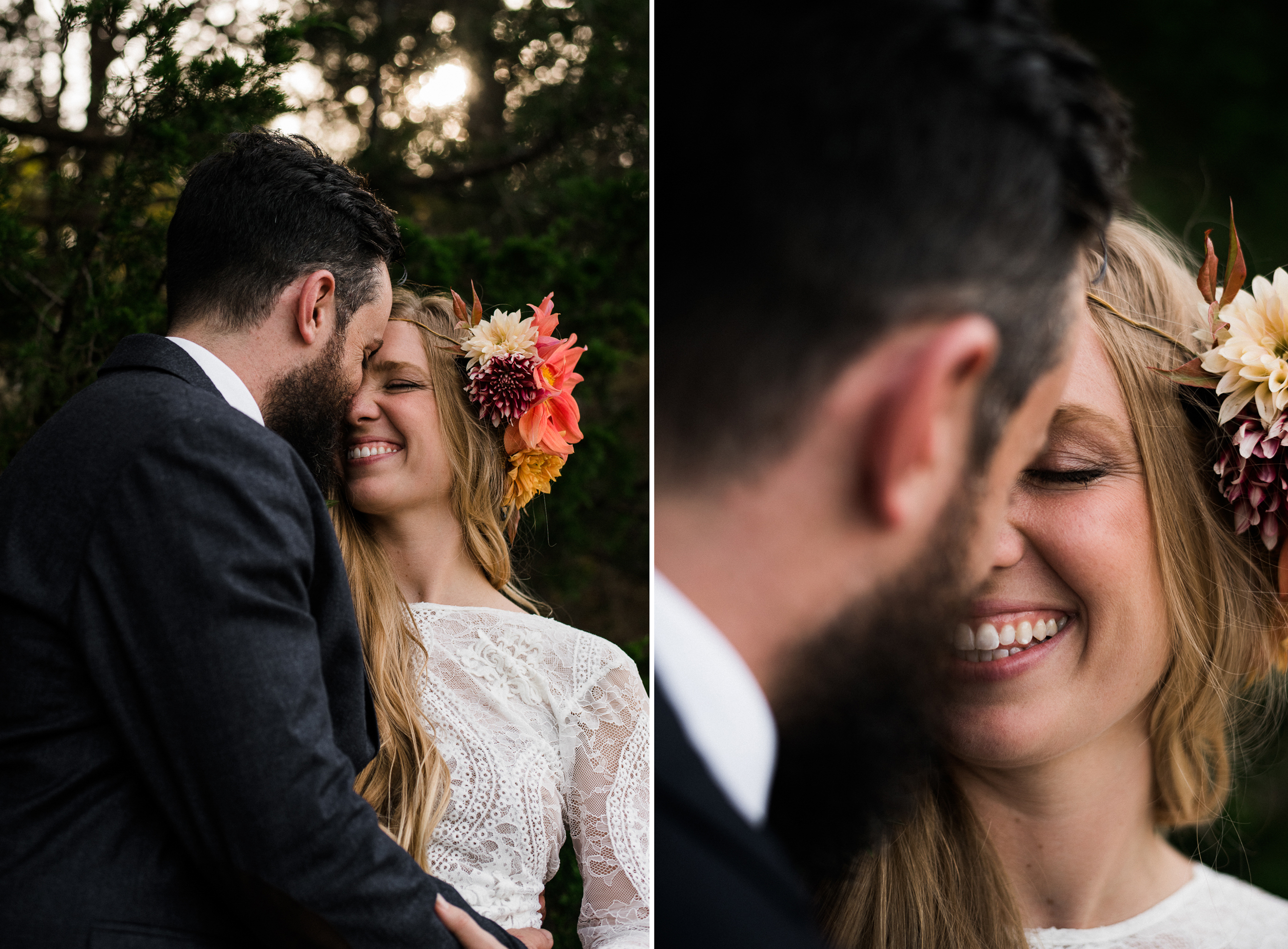 Kelsey is the most natural beauty with her long blonde hair and did her own hair and makeup for her big day. She literally looked like a princess bride in her Graceloveslace gown and flower crown, again made by her talented sister. The bridesmaids dresses were all random since several of her bridesmaids flew in from Australia where Kelsey lived for a few years.

After Kelsey was all ready, she headed out to do the first look along the bluffs of Beaver Lake. I’ve never seen a bride run so fast, she was so excited to see Ryan! Ryan’s reaction was amazing when he saw Kelsey, he threw his head back with that “holy shit” I get to marry this girl!

More photos were taken with the entire bridal party along the lake and the energy of the day was what every photographer hopes for in a day; calm, relaxed and just so much freaking happiness!

The ceremony was beautiful and emotional as Kelsey walked down with her Father to “You Are Mine,” written and sung live by Blackbird Revue, a local KC band and friends of theirs. One of the most unique moments of the ceremony was when the families and bridal party joined together in a circle around the couple to “Stay Alive” by Jose Gonzalez. Finally it was time for vows. They choose to each write their owns vows and speak them for the first time during the wedding. Without either of them knowing, both ending with the same much loved phrase, “hand and hand, back to back.” They happily skipped down the aisle to “Real Love Baby,” by Father John Misty. 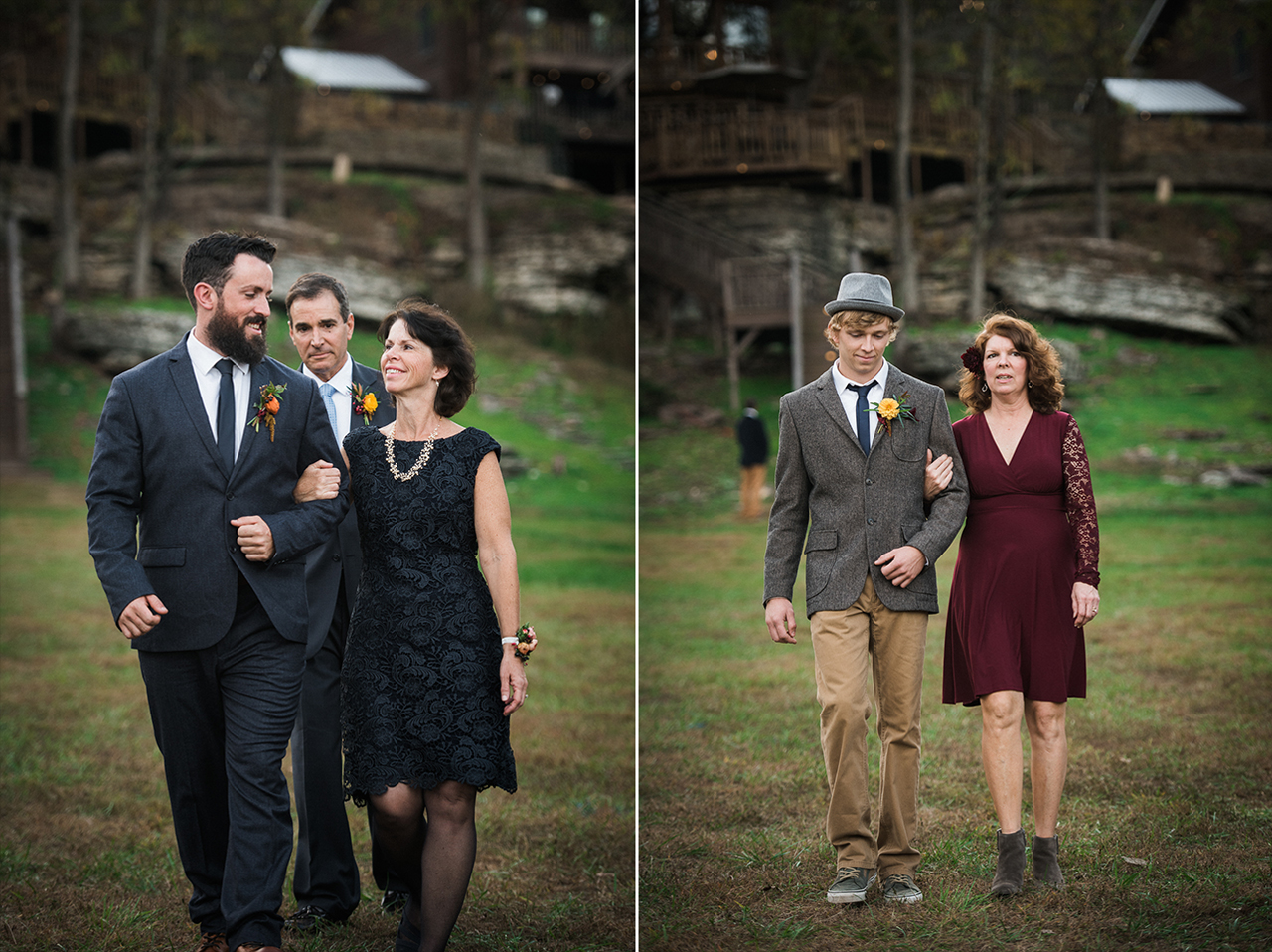 Kelsey and Ryan then did their exit onto her Dad’s 1970 Century Cheeta boat where they rode around till sunset. When they got back from the boat the yard area had been flipped into a beautiful romantic reception with the wooden tables they had built themselves, bistro lights, candles, mixed dish-ware, greenery, and meat and cheese platters. For dinner they had a wood burning stove cooking custom pizzas – the coolest thing EVER! Then for dessert the best pie table I’ve ever seen with flavors you’ve never heard of. 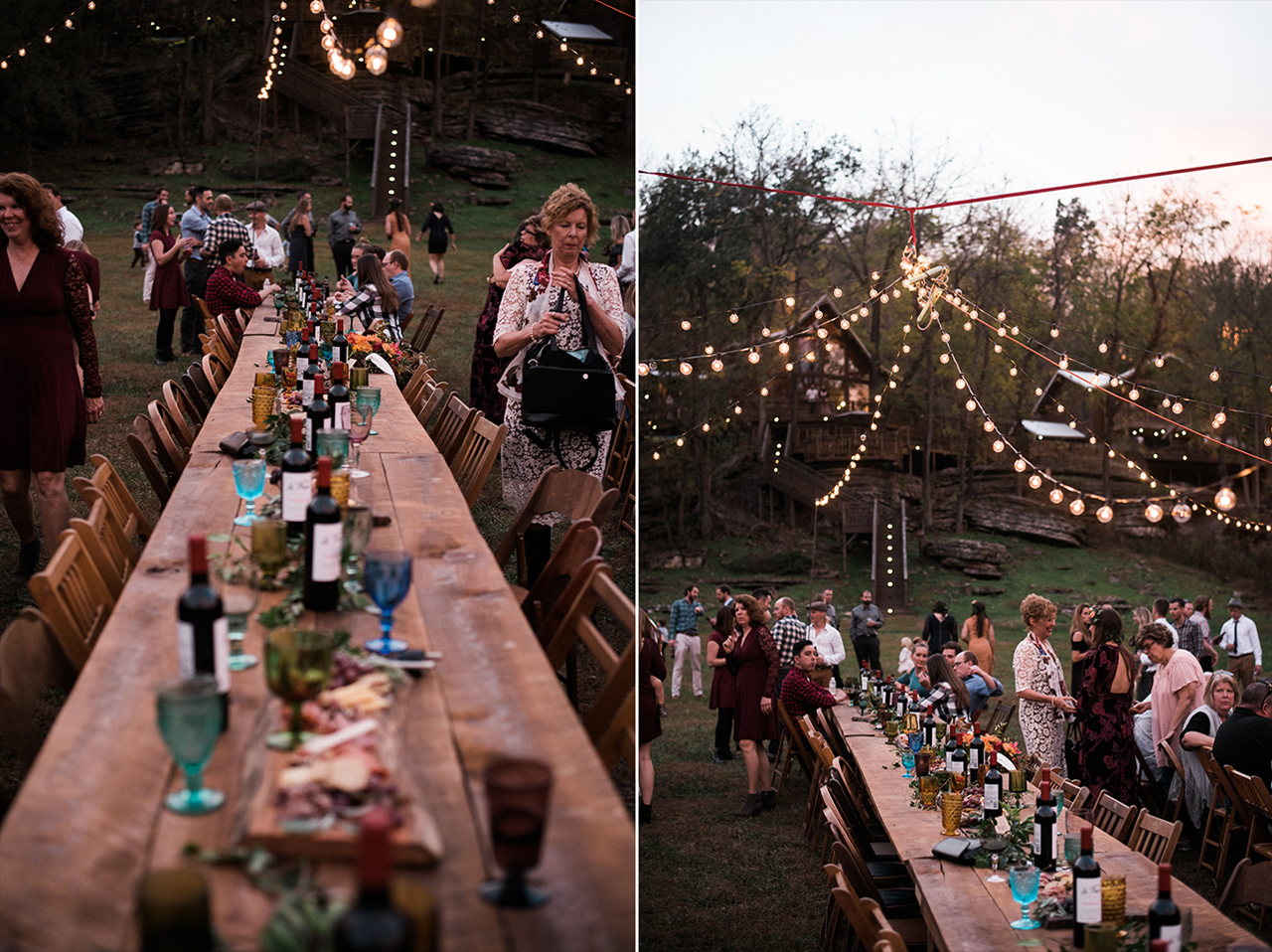 To top the evening off, some guests had set up tents to sleep on the property and several campfires were going around the dance floor as people danced well past midnight. The dance floor was a boho rug under the bistro lights with the lake and stars as the backdrop.

To give a final description of what Kelsey and Ryan are like…know that they didn’t spend their first night as a married couple in a fancy hotel or running to the airport to catch their honeymoon flight. They spent it sleeping on an air mattress on that same boho rug under the stars!